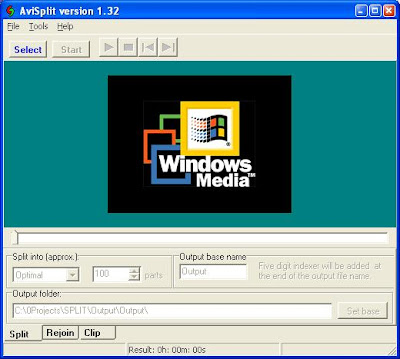 AviSplit is an application for cutting and rejoining AVI/DivX files. Avisplit can split a large AVI file into more convenient pieces (you set the size), rejoin those pieces or extract a clip with a specified starting and ending point.

Whether pieces or a clip, Avisplit output can be viewed in any standard player, and when the pieces are recombined, the result is exactly the same as the original.

Whether splitting, rejoining or clipping, AviSplit is very fast as no data processing is involved (lossless). Generally, using Avisplit is about as fast as copying the file itself!

AviSplit Classic is a freeware video tool for non-commercial use and may be redistributed without additional permission. So far AviSplit has been released only as freeware. This software is fully functional and does not contain any advertisements or transmit anything through the Internet.